[This page is under construction.]

A performance of gendhing Rambu, preceded by racikan Pélog Pathet Lima, is presented here as I recorded it on the evening of the 26th of December, 1982, in the Pagongan Lor (Northern Gamelan Building) of the Mesjid Ageng (the Great Mosque) of the Kraton Yogyakarta during Sekaten. The gamelan sekati heard in this recording is K.K. Nagawilaga, and the palace musician (abdidalem niyaga) leading the performers through this realization is the late R.L. Gonjanganom, performing on the bonang. Throughout the recording, the background soundscape of Sekaten is audible—common folk visiting this event and vendors selling food and novelty items converse with one another, as do family members and friends of the performers seated in the Pagongan Lor.

In addition to the audio documentation of this performance, I present two notational representations of the musical material being realized in the performance. First, prescriptive notational representations of the pieces being performed (the racikan Pélog Pathet Lima and gendhing Rambu) are presented. This notation is based upon a booklet published in 2012, produced by the Performing Arts Office (Kridhamardawa) of the palace, that provides Sekaten performers with notation of the Sekaten repertoire. In 1982 this booklet did not exist, and the performers were operating in an “ear music” setting void of notation. Since 2012, many Sekaten musicians make regular reference to this booklet while performing, in large part because the Sekaten repertoire and its performance practice is practiced only during the one week of Sekaten every year and several musicians have not yet performed it enough times to have internalized it. This prescriptive notation lays out the basic melodic, structural, and formal features of the pieces, but is not a transcription of a performance itself. It includes information, for example, of what musical material is presented just once, and what other material can be repeated an unspecified number of times. It is a presentation of the essence of a musical piece and the possibilities of repetition available to the performers.

The second notational representation is a transcription of the 26 December 1982 performance of racikan Pélog Pathet Lima and gendhing Rambu. This transcription includes not only a great deal of detail as to how the bonang player realizes his part and how many times repeatable sections of the pieces are actually repeated, but also documents mistakes that are committed by performers of the punctuating/colotomic instruments as the musical material gets temporally stretched and more ambiguous in the realities of notation-less performance. This transcription does not include one instrumental part of the ensemble—that of the saron peking—in large part because I felt its inclusion would complicate the notational representation of the performance more than it would enhance it. The visitors to this site are encouraged to follow this transcription while listening to the recording; ends of gong phrases (gongan) are provided with timings (in brackets) to assist them in keeping aligned with the recording.

Both the prescriptive notation and the transcription utilize cipher notation for which the seven pitches contained in one octave of the tuning system are represented, from lowest to highest, by the digits 1 to 7. The notational shorthand incorporated in both the notations is summarized in the following Key to Notations: 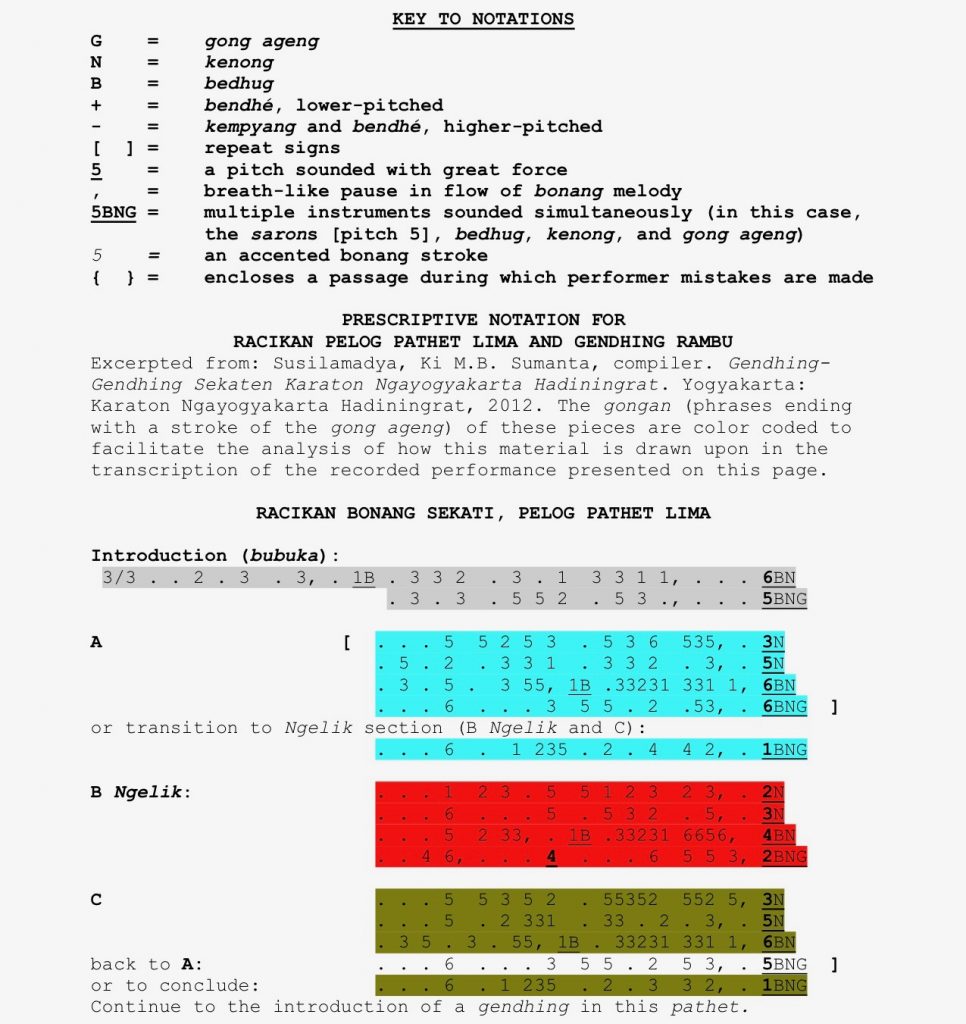 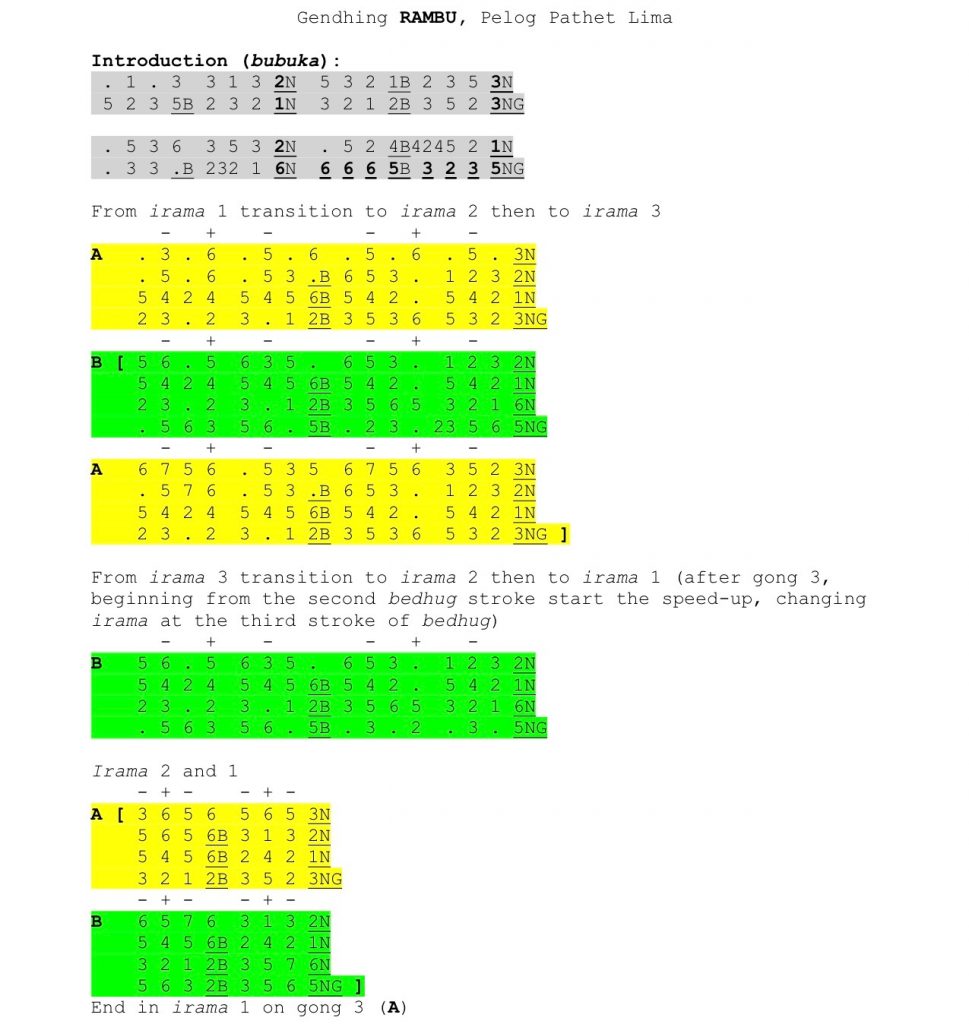 After starting the audio clip, open the link below for the transcription. You can toggle back and forth between this page and the transcription to check the elapsed time by using the tabs that will appear.

The views and opinions expressed on individual web pages are strictly those of their authors and are not official statements of Grinnell College. Copyright Statement.